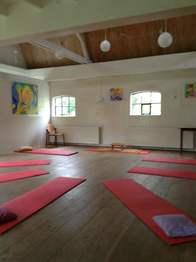 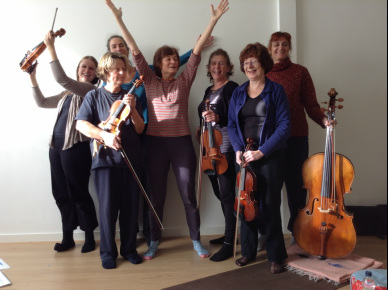 Prunella Pacey has been practising hatha yoga since the year 2000. This was partly the result of a car crash in 1992 which left her troubled by whiplash for several years. After a helpful series of Alexander Technique lessons Prunella moved on to yoga lessons which showed her the way to maintain balance and relaxation also in her music-making. She became fascinated by this process and in 2012 completed the 4-year yoga teacher training course at the Samsara Yoga School in the Netherlands during which time she developed the integration of yoga in her music practise. With this speciality she was invited by the string department of the Utrecht Conservatory, ESTA and Bureau Huismuziek to give workshops for Musicians. She also teaches various weekly groups in Driebergen and at the yoga centre Bindi in Amersfoort. Prunella continues to research the links between Yoga and music-making.
In recent years Prunella has brought her exercises for musicians to courses in France and Italy where they are enjoyed by young and old.